Executive Coaching for a New Generation of Leaders

Traditionally, executive coaching has been an expensive service reserved for seasoned C-suite executives or struggling managers who need to be “fixed”. Not here. I established Stepping Stone to offer affordable leadership and career coaching to rising leaders and high performers earlier in their carriers.

Based in Washington, DC, Stepping Stone is a boutique executive coaching practice and Design Thinking consultancy. We specialize in working with early to mid-career professionals already leading as directors, managers, opinion shapers, innovators and entrepreneurs – emerging talent with the potential to build long, fulfilling, and impactful careers. As founder and “Head Coach”, I lead our practice and have worked with over 500 leaders from 80+ countries across business, government, arts and media, academia, and civil society.

One-on-one sessions or team coaching aimed at accelerating leadership development. Appropriate for managers and individual contributors looking to expand or polish their leadership up to executives wrestling with complex, strategic challenges. We leverage an extensive coaching toolkit that includes adult development theory, cognitive science, Adaptive Leadership, Immunity to Change, communication acts, and navigating polarities to make better decisions, alongside a suite of management tools. We also offer a range of psychometric assessments to augment coaching.

Available in-person or virtual; priced per session or as a package; starting at $75/hour

“This is the first coaching experience I have ever had, and Dan very carefully walked me through the process and set expectations. As we proceeded through the sessions, I began to derive real value as we focused in on key decisions that I was facing. Daniel Bennett helped me by giving me an opportunity to take a step back and assess my decision- making, management, leadership approach, and social interactions in a manner I never had before. The result was a far more strategic approach to key issues that I face on a regular basis. I found the experience incredibly beneficial.” 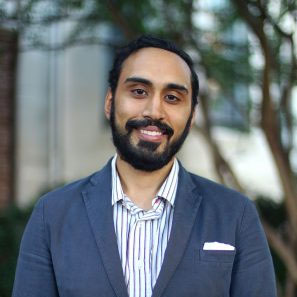 Usman AhmedHead of Global Public Policy, PayPal
“Daniel Bennett helped me by co-creating a nuanced, personalized pathway towards realizing a better version of myself as a leader. Throughout our ten sessions together, he helped me set specific goals, unpack barriers (perceived and real), and left me with tools to achieve my ambition from understanding my professional growth edge to introducing the concept of leading beyond my authority. Dan fosters a safe, deliberate space each week for me to be challenged and to grow as a leader. I found the experience a necessary step that I didn’t realize I needed to become a top leader in my field. After our time together, I can say with confidence that I am a better leader today and will continue that growth path.” 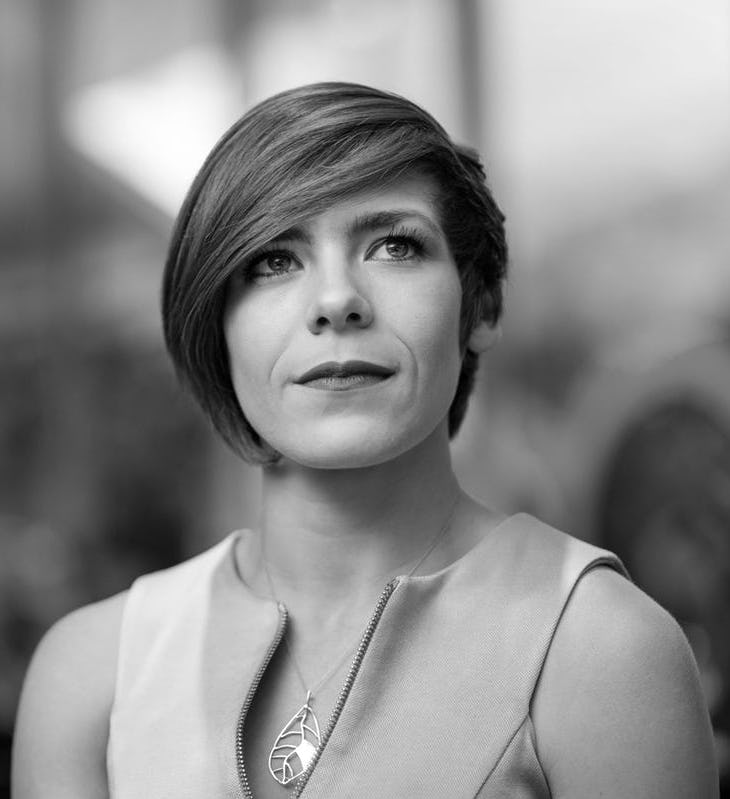 One-on-one sessions with a career coach focused on bringing clarity, alignment, and action to career planning. We meet clients where they are, helping define personal and professional goals, design actions, and take concrete steps. This service includes transition coaching and coaching to support decision-making. It also includes support for job-searches and networking that leverages our global network of leaders in the public, private, and the nonprofit sectors as well as the executive search and job placement industries.

Available in-person or virtual; priced per session or as a package; starting at $75/hour

“For the last few years I have been contemplating making a career transition but was stuck on how to take the meaningful first steps. I knew coaching would help but being a somewhat private and guarded person, was reluctant to seek that out. That changed when I met Daniel and was offered the opportunity to engage with him in career coaching. Dan did a great job easing me into the process and building trust to start a journey of professional and personal reflection to better understand what I am truly seeking. From our conversations, I am no longer stuck on the first step and have set goals, built a plan, and started executing on moving towards my career transition.”

Customized Design Thinking facilitation and consulting to support all types of innovation efforts from self-contained workshops for team offsites to long-term and longitudinal innovation processes to drive change.

Available in-person only; for groups or individuals; scoped for client needs and custom priced.

“Daniel worked closely with our team to build a customized design thinking experience that tapped the innovation potential in a diverse room of practitioners from around the world. The experience yielded concrete results in the form of new project proposals and doubled as an engaging way to build a community around our mission. Beyond the day-of experience, Dan and his colleagues captured all the data and insights from the workshop in a final after-action report that provided deeper analysis of the project’s outcomes. I would recommend Dan for anyone thinking of designing an innovation workshop or seeking the services of professional Design Thinking facilitator.”

Individual, team, and 360 assessments measuring leadership profile, style, and skills using the most sophisticated, widely used, and validated psychometric instruments. We offer the Leadership Circle Profile (LCP) assessment which includes a benchmark comparison with a database of 200K leaders’ results, as well as the MAP assessment, the most advanced pen & paper instrument for measuring adult development stages.

Available in-person or virtual; for individuals or groups; beginning at $200/assessment.

For groups, trainings cover a wide array of skills including communication, decision-making, and negotiation, as well as advanced leadership frameworks including Adaptive Leadership and Immunity to Change. We partner with a network of specialized trainers, facilitators, and instructors to design and deliver services ranging from individual master classes and full-day workshops to integrated training programs, curriculums, and executive education courses. Interested in organizing a leadership retreat or another dynamic, leadership-focused team building experience? We do these too.

Available in-person or virtual; for groups only; scoped for client needs and custom priced.

Stepping Stone is led by Daniel Bennett and leverages a diverse network of trainers, executive search professionals, facilitators, and educators to deliver a range of services. 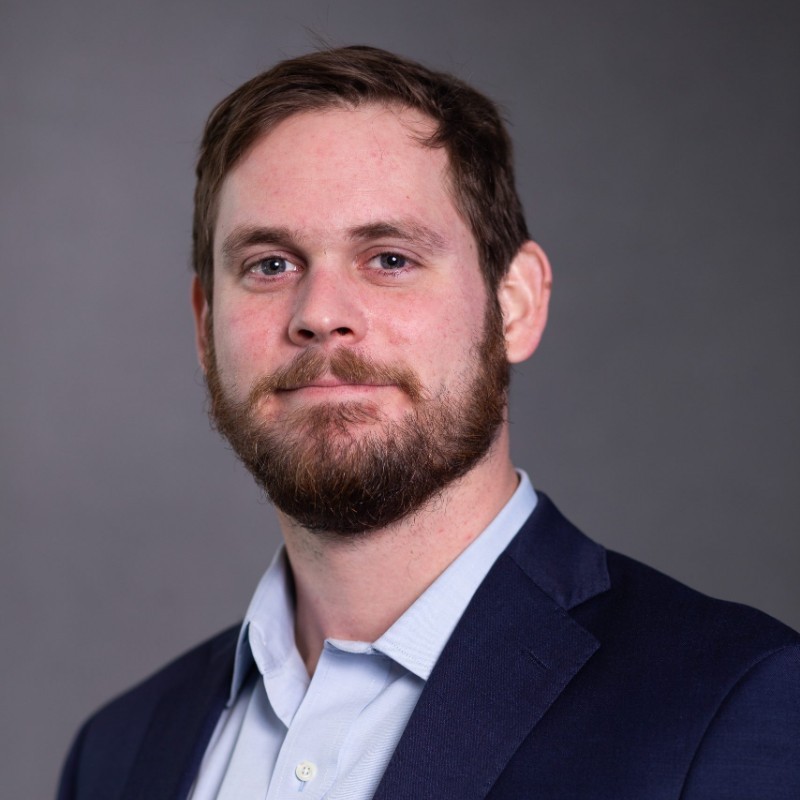 Daniel Bennett is the founder, CEO, and “Head Coach” at Stepping Stone Group LLC. He is also a Director at the Atlantic Council, a leading international affairs and foreign policy think tank in Washington, DC, and a nonprofit, nonpartisan institution. At the Atlantic Council, Daniel serves as the Director of the Millennium Leadership Program (MLP), the Council’s center for leadership development.

As MLP Director, Daniel manages the Millennium Fellowship – the organization’s flagship “leadership accelerator”. He designs and runs a curriculum that includes executive coaching, Adaptive Leadership, and a range of skill trainings alongside leadership retreats, conferences, and “leadership expeditions” to the front lines of global challenges. In partnership with seasoned subject matter experts, Daniel has supported or led expeditions in over twenty countries since 2011, including to the Syrian border region in Turkey and traversing Southeastern Anatolia and the Aegean Sean focused on migration; Kyiv, Ukraine after the 2016 Revolution of Dignity; through rural Colombia, Bogota, and Medellin after the FARC peace deal; Sarajevo, Bosnia on the 25th Anniversary of the Dayton Accords; Baghdad and Najaf, Iraq after the fall of ISIS; across India and Pakistan to explore cross-border entrepreneurship; and several expeditions throughout Europe and the United States.

Through MLP, he works closely with a diverse array of leaders across business, government, and civil society. Examples from the private sector include executives at Goldman Sachs, Bridgewater, Morgan Stanley, PayPal, Airbus, Raytheon, Edelman, Facebook, Google, Uber, BP, Exxon Mobil, and many others. From the public sector, Daniel has worked with ministers of foreign affairs and finance, mayors, state senators, members of parliament, and senior advisors to heads-of-state and cabinet members. Across civil society, he has worked with nonprofit CEO’s, founders, and entrepreneurs as well as  award-winning artists, authors, scientists and academics. Beyond the fellowship, Daniel oversees the center’s broader agenda of activities including its executive education programs well as the center’s network of 500+ fellows which spans over 80 countries.

Daniel is a graduate from Georgetown’s Institute for Transformational Leadership, holds a Professional Coaching Certification (PCC) equivalent degree in executive coaching with a focus on leadership and career coaching, and is certified in the Leadership Circle assessment. Daniel is also an experienced Design Thinking facilitator certified through the LUMA Institute. Prior to the Atlantic Council, Daniel worked in Cairo, Egypt coordinating youth outreach and advocacy programs during the Arab Spring. He earned his bachelor’s degree in international relations with a minor in Arabic at Tufts University and studied Arabic at the American University in Cairo. Daniel spent 13 years living in six different African Countries and currently resides outside Washington, DC. Outside of leadership development and foreign affairs, Daniel is an amateur horologist and greenhouse enthusiast.